Mystical and Historic Place in Uzbekistan

In the Soviet period this holy place for Muslims was forgotten, and the service is not implemented. Gradually, dilapidated mosque, but in 1954 she was destined to come back to life thanks to the visit of Indonesian President Sukarno. 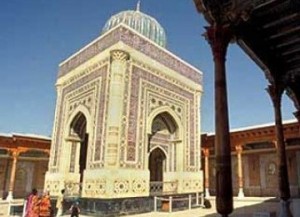 After a visit to Moscow, President Sukarno arrives in Tashkent and asked that he be allowed to worship the remains of the saint Imam al-Bukhari. The republican authorities, on hearing this, at first taken aback, because I had already forgotten who the Imam al-Bukhari and where his grave. In a hurry command was given: to immediately send a commission to Samarkand. 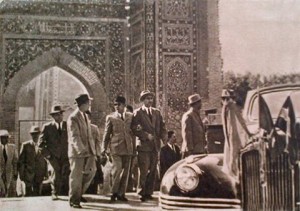 The authorities could not deny the president Sukarno, because at the time of Khrushchev’s initiative to establish the Soviet Union became the international relations with many countries, including the countries of the Islamic East, and therefore failure threatened international scandal.

But when officers arrived at the place, they saw a very ugly picture of the mosque deserted, and at the grave of al-Bukhari is not even a headstone. And for a team of high officials, during the day, the mosque and the surrounding area, as they could, put in order, to the mosque in a hurry, even laid an asphalt track. In short, the mosque al-Bukhari took President Sukarno. And he bowed to the grave of the great scientist and honoring his memory was gone. 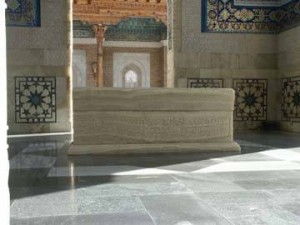 the grave of al-Bukhari is not even a headstone

Following President Sukarno in the Soviet Union came to the president of Somalia Madiba Keith, who also visited Tashkent, requested to give him the opportunity to visit the tomb of the saint Ismail al-Bukhari. After that, apparently on orders from the center, a mosque, Ismail al-Bukhari handed over to the Spiritual Administration of Muslims of Central Asia and Kazakhstan. And since then, once again began to visit the mosque praying…. 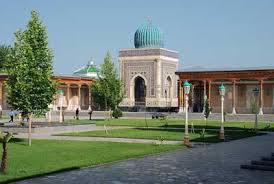